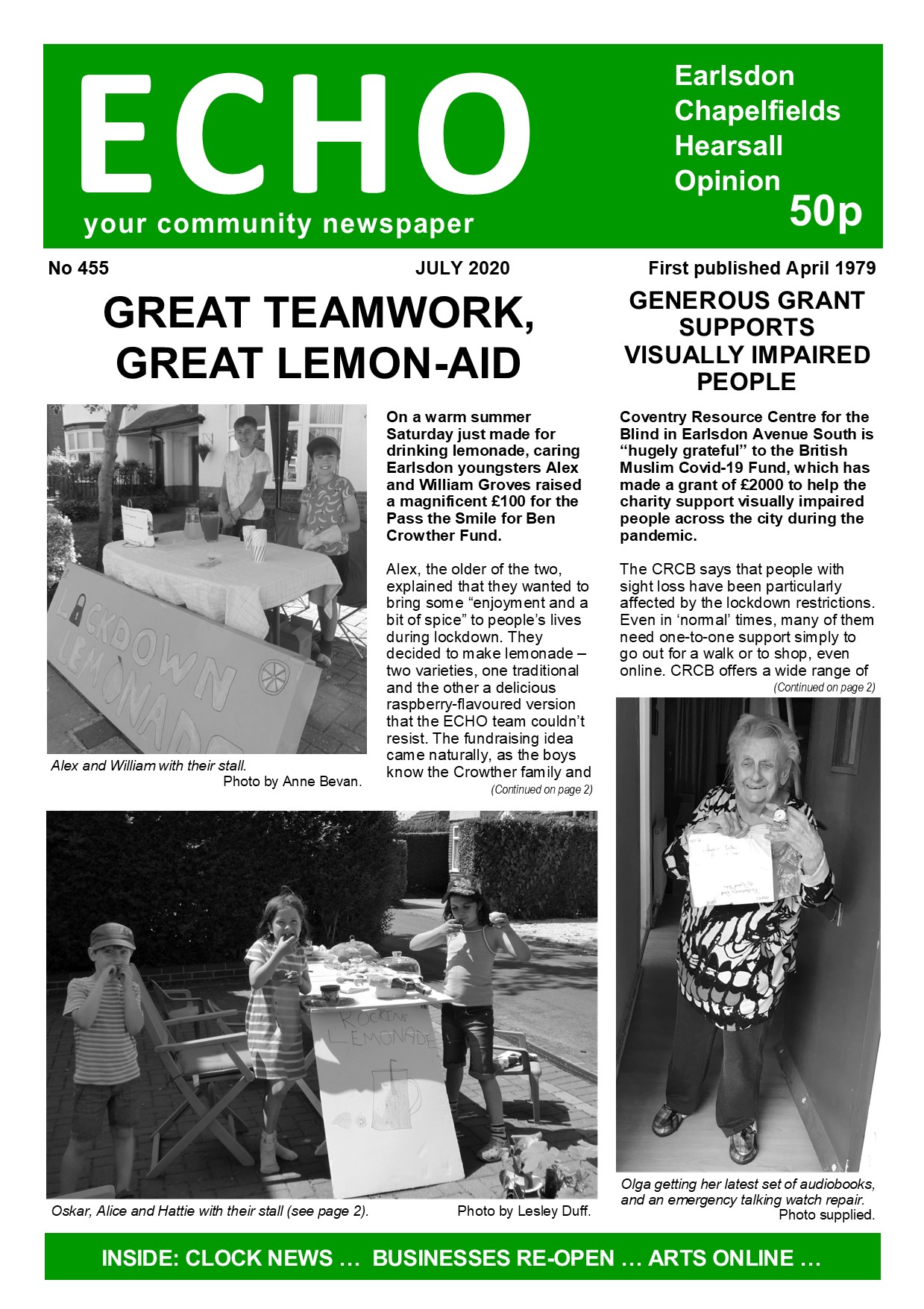 The deadline for the August 2020 issue is Monday 20 July and it will be available by Saturday 1 August. 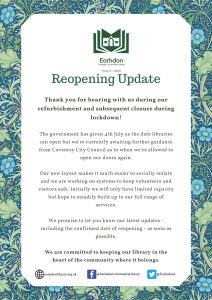 The Nursery Tavern will reopen at 12noon on Monday 6 July.

Payments will be accepted either in cash or via the Round app, which can be downloaded from the App Store for iPhone or Google Play for Android devices. Please download Round before going to the pub. 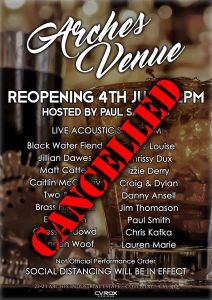 The Arches Venue has announced the cancellation of the acoustic all-day event that was to take place on 4 July 2020 (see page 22 of ECHO’s July issue).

This is in response to government rules surrounding the coronavirus and emerging from the lockdown.

A reminder that copies of ECHO are available from most of its regular outlets but there are still some which are closed.

Our thanks to our sellers for helping us to keep our circulation up during lockdown.

A burglary occurred at a business premises on Allesley Old Road, between the junctions of Lord Street and Mount Street, between 4 and 6 June.

A theft from a motor vehicle occurred in Queensland Avenue, near to the junction of Abercorn Road, shortly after 13.00 on 6 June. A Catalytic Converter was stolen from under the vehicle.

A vehicle was stolen without keys from outside a residential address in Oldfield Road in between the junctions of Billing Road and Crosbie Road, between 11.00 and 23.30 on 7 June.

If you saw any suspicious activity relating to any of the above incidents in the area during the material times, or you have CCTV or dashcam footage of any of the incidents, please contact West Midlands Police by telephoning 101 or by going online to: Live Chat

For information about security and crime prevention please visit Security

We have been asked by a reader to draw attention to an outline planning application, details of which are at the link below:

Strictly speaking this is outside our area, being in Abbot’s Lane which is really Coundon / City Centre, but since it will impact Spon End, which is in our area, we are happy to oblige. ECHO has not had time, or until now any specific reason, to investigate this but the reader’s comments, edited down slightly to cover the key details, are as follows:

“It’s supposed to be a Medieval, Listed, Heritage Conservation Area…. A street dating back to 12th Century.

It’s much bigger than you think/realise – intertwined with pouring traffic and pollution into Upper Hill Street and just to add to the fun opening the street onto the Ring Road while closing Barras Lane.. That’s a separate plan and another story – then throw 2 cycle Lanes and bikes and kids going to school into the mix and you can really have a laugh!

We can all party watching chaos and accidents while standing in the diesel traffic fumes.

Anyone can still send in comments to the development plan so alert anyone you know who cares about children or local residents to join us please. A petition is also on the way…

Look Up re the site & Plans for 731 FLATS (1 & 2 Bed Flats – No houses or gardens for families..) Guess how many more cars will be in and out re residents and visitors plus the offices and stuff (731 Flats is conservatively estimated to produce an extra 766+ vehicles) using the one access opposite a Primary School Planning Ref: OM/2020/0935 – Objections close 11th June but comments asap still being accepted”.

One of Earlsdon’s longest running establishments will be back in business shortly. When open Gabriel’s will also be, incidentally, another place where you can buy your copy of ECHO. 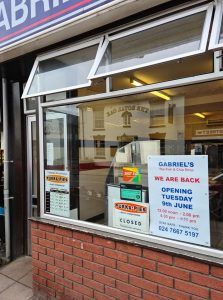 A burglary has occurred at a residential address on Winifred Avenue in Earlsdon, between the 19th and 20th May.

If you saw any suspicious activity in that area during the material times, or you have CCTV footage of the incident, please contact West Midlands Police by telephoning 101 or by going online to Chat

ECHO’s regular readers will know that we always welcome additional material from local people and organisations. That’s even more important in the current situation. We remain hopeful that we can keep publishing monthly issues but with most of the regular community activity that we report on postponed or cancelled, the more contributions we get from the wider community the better.

Please send us anything you think will be of interest to ECHO readers including what you are doing to keep busy or support the community during lockdown, puzzles and other ideas for activities for children, historical reminiscences of the area, and so on. We can’t guarantee to publish everything but we will give all material fair consideration.

The deadline for the next issue is Monday 20 April. Please email to newsdesk@echonews.org.uk